World Conqueror 4 is a strategy game that’s winning the hearts of many gamers around the world. It is an attack-and-defend strategy game similar to other popular titles. Many users compare it to Clash of Clans and Age of Empires. With the World Conqueror 4 MOD APK, you can get access to unlimited resources to help you dominate your competitors.

In the game, the primary objective is to destroy all enemy structures and declare victory for your side. You are the commanding general of your army. As such, you have the responsibility to plan and execute a strategy to maximize the potential of your troops. Similar to real life, you can vary your tactics. You deploy spies and agents or overwhelm your opponents with your massive army. Regardless of the way you intend to play the game, this EasyTech product promises to give you an enjoyable time.

The game features traditional and modern war elements. There are two main modes in this game: campaign and conquest. In the first mode, you will have to lead your army through historic battles spanning two world wars. And with more than 1,000 campaigns, this mode promises to keep you on the edge of your seat. The battles include historic skirmishes, such as the battle of Stalingrad and the battle of Berlin in Germany. You’ll also go through the various wars that humanity fought. Some highlights include World War I, World War II, and even the Cold War in the 1950s. 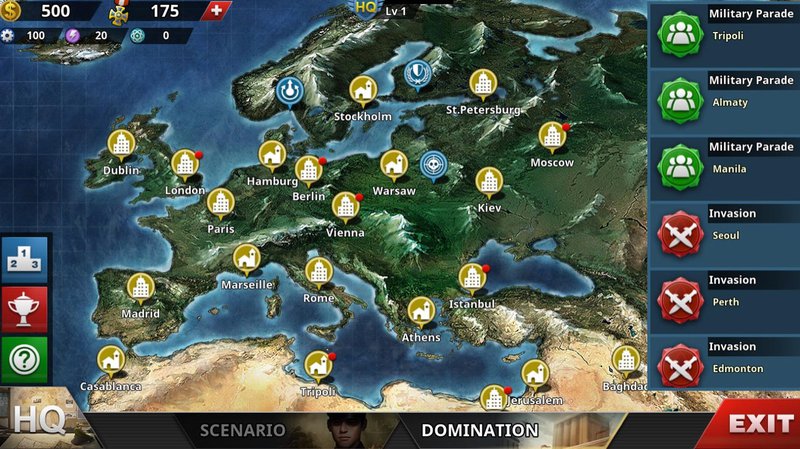 But in the conquest mode, you will be the army leader of a specific country. You have the option to select any nation in the world. Your task is to build your forces from scratch. As you progress through this mode, you’ll have to come out with the best strategy to conquer other territories whether it is by being diplomatic with other nations or winning the support of other allies. Also, you can focus on science and technology to boost your forces’ capabilities and increase your chances of winning on the battlefield. Occupy as many territories as you can in the shortest amount of time, and you will get high marks enough to beat other players in the Game Center. 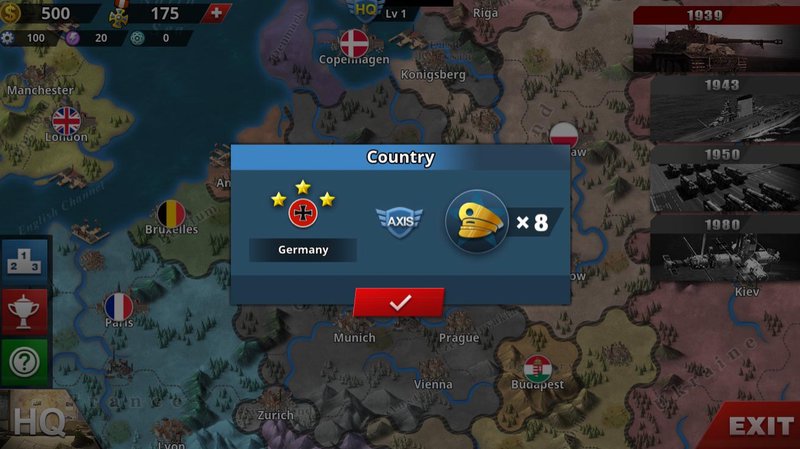 Regardless of mode, the key to dominating in this game is upgrading your army. From improving your forces’ firepower, buying new ammunition, and enhancing the capabilities of your tanks, there are many ways to build a stronger army. The game offers 170 military units or resources ranging from ships, tanks, rockets, and even space weapons. Aside from these high-powered resources, you also need to recruit brilliant generals and strategists who can help you achieve your objectives. 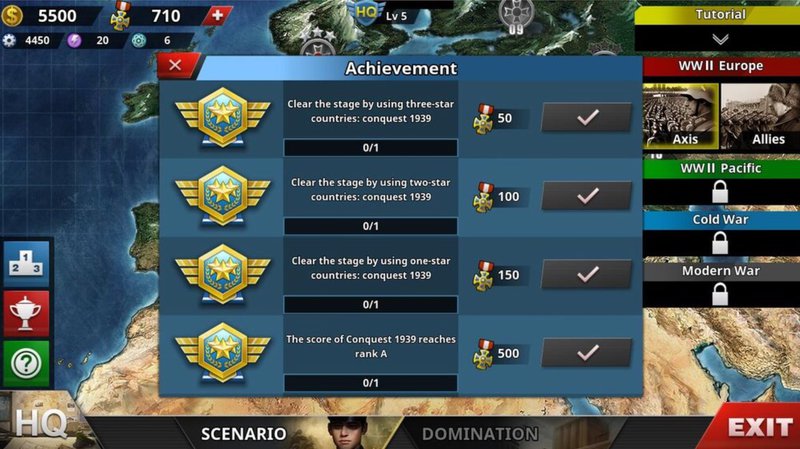 World Conqueror 4 offers decent 2D graphics compared to other strategy games on mobile. The designers substantially improved the visuals from the previous three versions. The game effects appear realistic, and most users should feel engaged due to it. It won’t blow your mind with mesmerizing 3D graphics, but that’s because it is a strategy game first and foremost.

Like other war and strategy games, this one offers a launching mechanism. This means that after choosing a territory to conquer, you can launch an attack on the said city or country as long as you have fulfilled all the requirements for the said salvo. The launching mechanism is easy to understand and use for gamers, even for those who have limited experience playing this type of game.

There is also an online campaign scenario which makes things even more interesting. As the game takes into account the activities from other players participating in the game, you will have to adjust the timing of your campaign accordingly. This also puts your military know-how to the test as you will have to make critical decisions in real-time.

There’s no denying that this is one of the best strategy games available on mobile phones today. With its improved graphics and engaging gameplay, the game continues to boost its stock. Moreover, this game serves as well as educational material. The game presents World War 2 in a clear way, you will find out interesting facts about the different actors of the war, Allies, neutrals and hostile nations. For sure this game is not lacking content and fine details, with over 200 generals, over 200 army units, and more than 40 countries you can enjoy this fantastic mobile strategy game to the max.

Download and play World Conqueror 4 MOD APK now and get access to unlimited medals in this game. You can use those medals to train your generals and improve their skills and knowledge so that they can serve your purpose well.

This game is safe and free to download.  For now, the modded version only comes for Android users. So, iOS users will have to struggle a bit more to sort the war out in the original version of the game.