After the extreme success of Avengers Infinity War and Avengers Endgame, a mobile game like Marvel Future Fight featuring all of your favorite characters is a beautiful idea! Whether you like heroes or villains in the MARVEL universe most, you shall have access to both! However, the story itself might be a reason this game has so many fans, but the gameplay is at least equally attractive.

Now, there is a lot to unpack while discussing this Netmarble upshot. Consequently, this article shall focus on essential information that hopefully will give you a head start in this adventure.

From the long list of playable characters and leveling them up to obtaining Skills and Equipment, there are many ways to make the playing experience more profound. 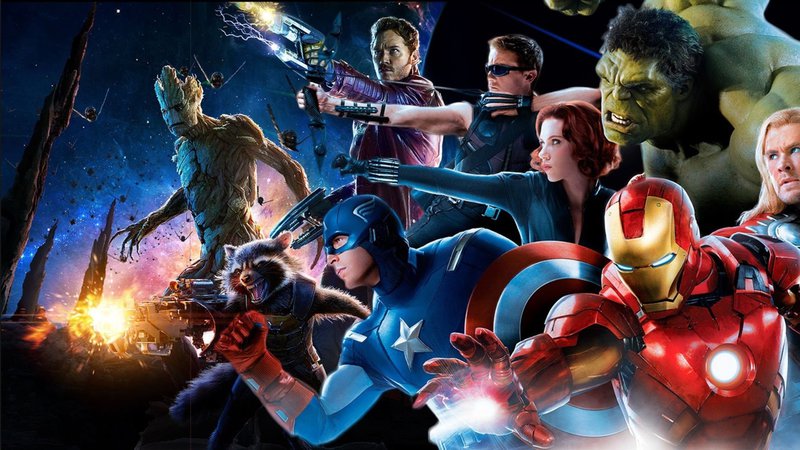 You will meet the Marvel superheroes gradually, unlocking them one by one, as advancing in story-line. At the start of the game, after you complete the tutorial, Iron Man, Captain America, and Black Widow are immediately at your disposal. Other characters are available to you through many different means, from rewards to stage completion, to the shop! As each character has its own skill-set and legend and has much to offer, do not limit yourself to playing with just a few of them. Every Marvel superhero gives a different face of the game and brings a new experience.

With a vast range of available characters, the teams can have many variations. One key element of the game is always adapting your team, expanding your hero portfolio, use a broad spectrum of skills, and so on. Why would you want to do this, you might wonder. It is because whenever you feel you have the best squad, a new character that counters your skills and powers enters the game. Netmarble makes sure to often feed its Marvel Future Fight fans with new and exciting content. 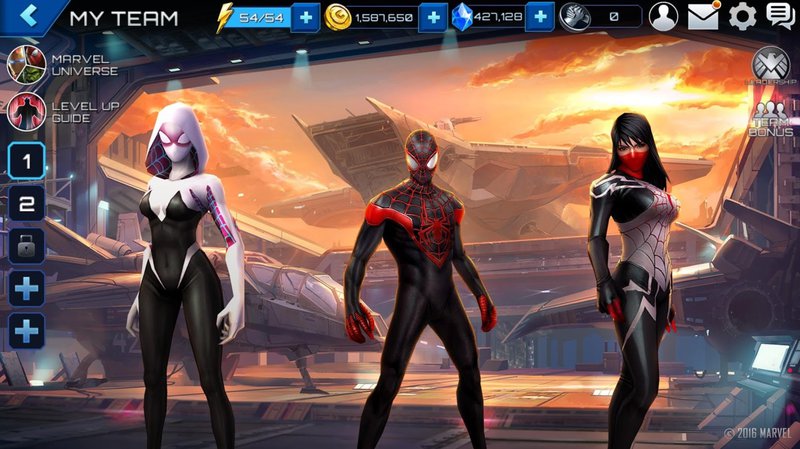 However, there are suggested combinations online that you should definitely check out! When forming teams, you can consider the type of hero you are selecting (i.e., Blast). Additionally, you can see certain statistic advantages if a team has specific Heroes – so be sure to have a look and take that into consideration! For example, a team with both Black Widow and Hulk in it will result in statistic increases on both defense and HP.

First off, it is imperative to note that this game (like many others) has a rock, paper, scissors advantage of types. Characters can be ‘Combat’, ‘Blast’ and ‘Speed’. In this instance, the sequence of advantage goes Combat> Speed > Blast > Combat. There is a ‘Universal’ type as well, and as the name suggests, does not fall into the cyclical advantage sequence above. Take the cyclical advantage into consideration to determine how your team should be composed, and what enemies to target first! One other thing that assists in combat is your team, which shall be considered shortly. Combat options include the ability to play PvP! 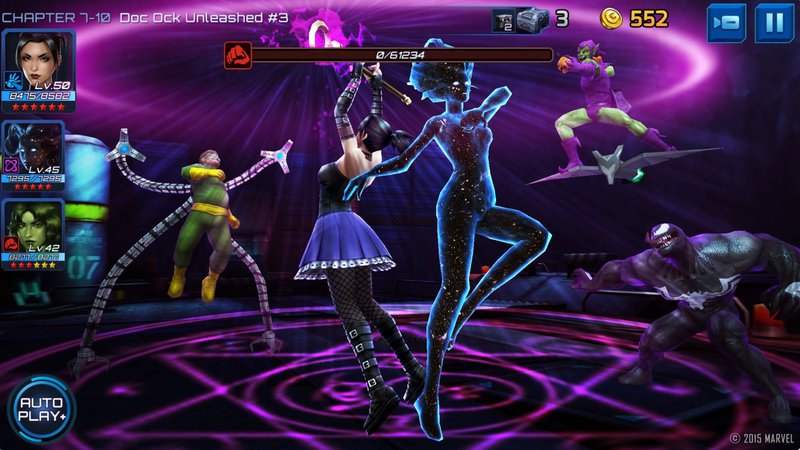 The mechanics of this game are pretty straightforward. You have a virtual joystick in the left to control the hero and buttons in the right for special hits. So as you probably noticed, the emphasis is on the strategy, on how ou build your team and character, rather than on the fight itself.

You can improve the stats of your Heroes through leveling them up and acquiring Gear. Additionally, you can level up your Heroes’ skills. During the battle, most skills have cool-downs, so make sure you manage them properly. 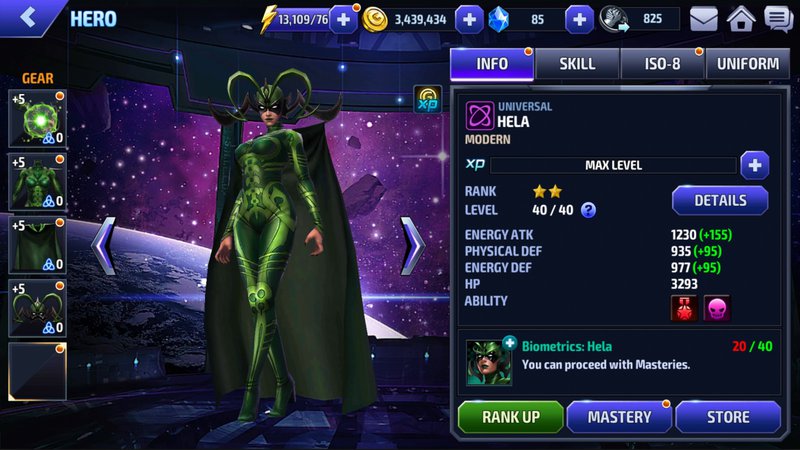 Skills are added as your Hero’s rank goes up. Because of this, you will have a chance to gradually become familiar with a hero as new skills are added. Regarding Gear, this can be upgraded too, and that means that stats will increase as well!

That is a lot of information compressed in just a few words, so consult the image below as well, as it will give you a clearer picture of how to evolve a hero.

Already a stereotype, the energy bar will limit your gaming time. When going on a mission, you will actually spend some energy. When you drain this energy, you have two options, take a break for the rest of the day, or buy more from the shop. Although not yet developed, the expectation from Marvel Future Fight MOD APK is to come with boosting energy feature. Among other features, of course. 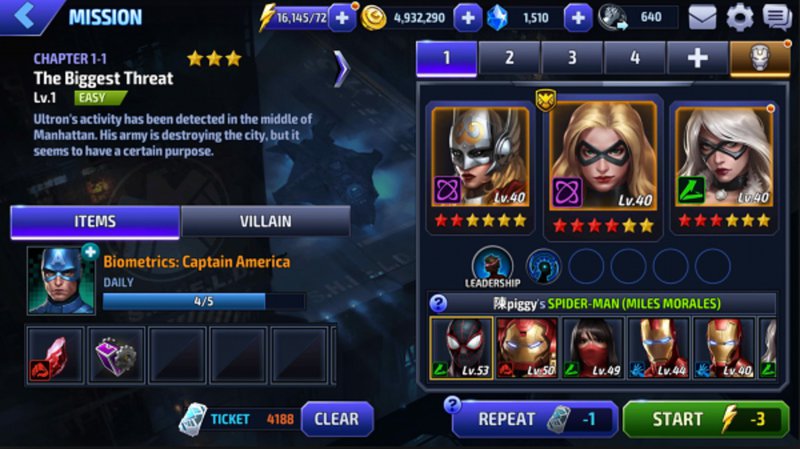 The main missions are about progressing the actual story of the game. Taking the challenge and completing them will bring you resources, gear and will as well unlock other assignments.

Secondary, there are daily missions that will come with different rewards. Finally, there are side missions like bonuses and specials. Be sure not to miss out on any!

The combination of amazing graphics, story-line, and use of over 180 well-known characters make this a marvelous game! Of course, if you want to be proficient you will have to take some money out from your pocket. Moreover, being such a notorious brand, there is no wonder the game developer profits heavily from the in-game shop. There are a lot of Marvel fans out there. Anyway, this game has a lot to throw at you, you can have a lot of fun even without investing real money.

As you probably concluded while going through this article, there is no Marvel Future Fight MOD APK. So, for those of you who are looking for a comfortable journey without any struggle in the game, you will have to wait. Nevertheless, when someone develops a modded version, you will find it on our website.

Until then, enjoy fair play gaming and have fun!